We will do anything and everything to earn your business. Get Our Best Price!

Nobody Deals Like Dilawri! Request our specials and get into this vehicle for the best price in Ottawa.

Find out if we have the car of your dreams in stock!

Get this car on your phone!

Get approved for financing at Kia On Hunt Club. No applications refused!

Check out the new 2018 Kia K900 Premium section! At Kia On Hunt Club we'll give you all of the information you need to make an informed decision. Nobody deals like us, so get a quote and get the car of your dreams for a price you can afford!
- Dealer 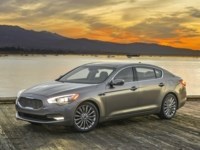 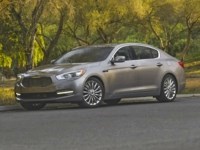 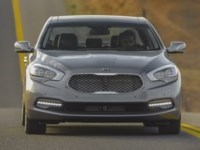 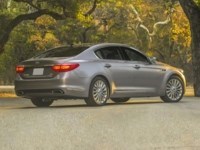 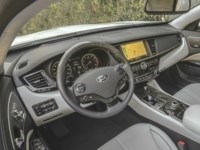 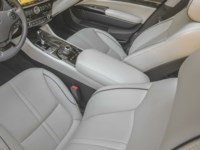 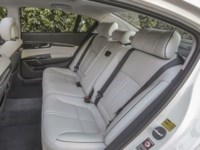 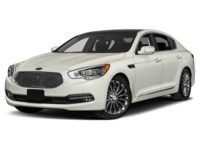 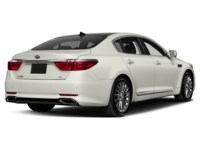 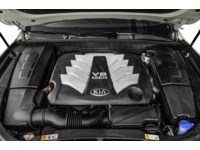 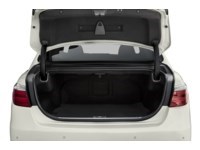 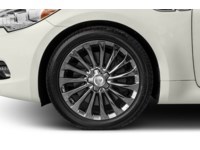 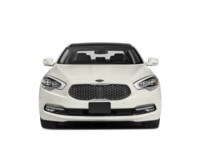 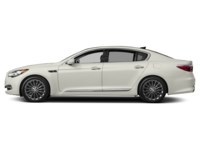 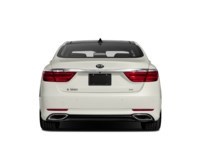 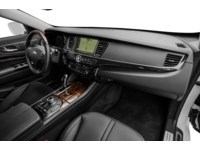 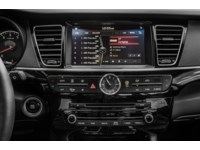 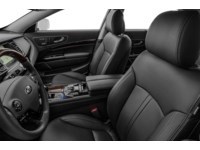 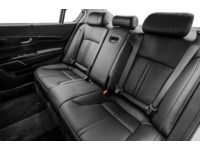 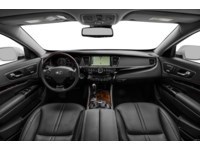 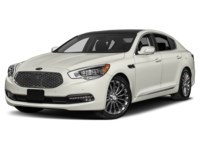 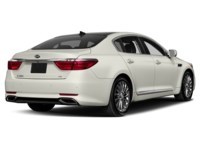 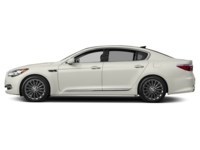 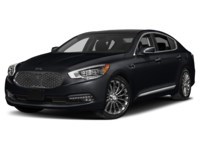 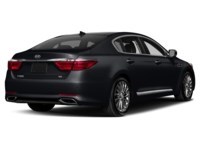 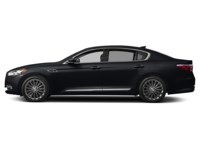 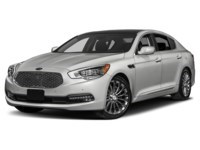 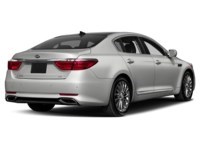 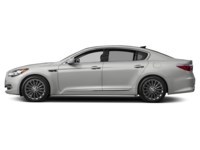 There are no videos for this vehicle at this time. Check again soon!

Introduced as a 2015 model, Kia's large rear-drive sedan has changed little since its debut.That steadiness continues into the 2018 model year, with little change evident.Two powertrains are available.Offered in base Premium and upgraded Luxury trim levels, the 3.8-liter V6 develops 311 horsepower and 283 pound-feet of torque.The 5.0-liter V8 comes only in Luxury trim, generating 420 horsepower and 376 pound-feet.Both engines mate with an 8-speed automatic transmission and rear-wheel drive.All-wheel drive is unavailable.All K900 sedans are well-equipped with leather upholstery and power-adjustable heated/cooled front seats, and a navigation system.Kia's infotainment system, with a 9.2-inch screen, does a fine job.Compared against similarly priced full-size, rear-drive sedans, differences between Kia's version and other makes are substantial.Unlike some luxury-level competitors, including such European automakers as Audi and Mercedes-Benz, the K900 lacks much potential for personalization.Only a simple selection of extra-cost options and packages can be added.Sedate K900 styling isn't jarring by any means, but it's not exactly stimulating, either.Body design is more restrained and less expressive than Kia's other rear-wheel-drive sedan, the recently launched Stinger.Simulated portholes near front fenders are reminiscent of those used long ago on Buick models.Taken as a whole, the various chrome elements add little to the sedan's appeal.Fuel economy falls short of class leaders, but K900 riders can expect a library-quiet ride.Five adults can sit comfortably, though the fifth occupant might feel a bit squeezed.Eight airbags include protection for back-seat passengers.Blind-spot monitoring, rear cross-traffic alert, and a rearview camera are standard.Several forms of active-safety technology are available, but only for top models, as an option Luxury-trim models may be fitted with automatic emergency braking, adaptive cruise control, a surround-view camera system, and a head-up display.All are included in a costly VIP Plus Package.In addition to those safety features, the VIP Plus group for V8 Luxury trim level includes a 16-way power driver's seat, reclining and cooled rear seats, and adjustable headrests.Active lane control, which can steer a wandering sedan back into its lane, isn't available at all.Largely because of low sales totals, the K900 has not been crash-tested by either the National Highway Traffic Safety Administration or the Insurance Institute for Highway Safety.
top Next Lineup

Headlights and the grille are unique to the K900, but few other details differentiate it visually from other Kia models.Similar to the automaker's Optima and Cadenza sedans, the K900 isn't likely to draw too many admiring glances.Trendy nowadays but controversial, the K900 leads off with an oversize grille, which reminds many viewers of a gaping mouth.A smooth beltline runs along the bodysides, just below the windows.A smaller trim strip falls below the front door handles but fades away toward the rear, resulting in a somewhat slab-sided back end.
top Next Interior

Entry into the bright K900 cabin is easy.So is exiting.The panoramic sunroof provides substantial sunlight, without taking up too much head space.Standard leather seat upholstery in each K900 model might enhance its appeal, but abundant black plastic trim detracts from its overall ambiance.Some trim elements are flat black rather than piano black, conveying a sense of cheapness.Otherwise, materials look quite good, though some surfaces seem out of place in a car that can approach $65,000.Legroom is adequate for most drivers, though some taller folks might have trouble folding their legs into the front passenger position – even when pushing that seat all the way rearward.Standard front seats adjust 12 ways, though top versions upgrade to 16-way adjustment.Rear passengers get a large, heated seat.Top models may be fitted with reclining seatbacks as well as a cooling function.Most adults should be content with the K900's 38.9-inch leg clearance.Trunk volume totals 15.9 cubic feet, not a remarkable figures for sedans in this class.Kia's infotainment system, with standard Apple CarPlay and Android Auto, is a pleasure to operate.
top Next Driving Impression

Clearly, K900 developers focused mainly on comfort, including luscious, nicely-composed ride quality.Unfortunately, the overall experience tends to be marred by a tentative, indecisive automatic transmission.Performance trails that of more refined K900 competitors – and of Kia's own Stinger sedan.Borrowed from other Kia models and the premium Genesis line, the 420-horsepower V8 emits a satisfying rumble, but fails to deliver much sense of hasty urgency.Whether V6- or V8-powered, the blame for lagging performance in a K900 has been its 8-speed automatic, which never seemed to keep up with driver intentions.We have not yet driven a 2018 model, but no change in powertrain details has been announced by the company.Handling qualities score better.Steering the big sedan is a pleasant experience, though the sense of being coddled might make a driver feel a little too comfortable.Road feel is limited, though that's hardly uncommon in premium-level sedans.Suspension damping, too, is quite good for a large sedan, though it places greater emphasis on comfort than control.Regardless, the K900 can take corners with easy confidence.The big sedan also behaves effectively on cracked and deteriorated pavement surfaces.Fuel economy isn't a K900 benefit.In effect, its gas-mileage estimates seem more appropriate for an SUV.The V6 version is EPA-rated at 17/25 mpg City/Highway, or 20 mpg Combined.V8 Luxury trim manages only 15/22 mpg City/Highway, or 18 mpg Combined.The V8 engine needs premium-grade gasoline.

Kia hasn't sold many K900 sedans since 2015.Unobtrusive styling tends to make the sedan fail to attract much notice.Not quite luxurious compared to some rivals, the K900 is more accurately described as a large premium sedan.Performance falls short of stimulating even in V8 form, and fuel economy falters, but a K900 provides comfortable cruising at a relatively affordable price.Driving impressions by Aaron Cole, The Car Connection.James M.Flammang contributed to this report.

The Dilawri discount cannot be stacked with other dealer incentives. Prices may include cash incentives available to Canadian customers residing in the province of Ontario, for details about pricing available to customers outside of Ontario please contact us.

Send Me This Car

Click submit and will send you this vehicle's photo and a link to the inventory details page. 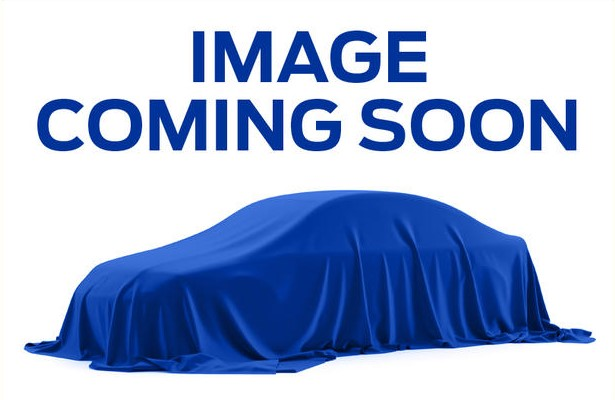 Your message has been sent.
Thank you!

Click Here to learn more about why you should buy from us!

Your request has been submitted. Someone will get back to you during business hours. Click here for our hours of operation.